Home > About > History of the School

History of the School

In early 1908, the First District A&M School opened its doors in Bulloch County, Georgia, with fifteen students, four faculty members, and three buildings. The School grew rapidly and underwent several transformations during its first century – from agricultural and mechanical school, to teachers college, to its current status as a comprehensive regional institution.

Along with the rapid changes in the School of Accountancy came a significant development in the institution. On July 1, 1990, Georgia Southern University became the first new university in Georgia in twenty-one years. The new University’s mission statement envisioned a “predominantly undergraduate university devoted to ‘teaching first,’ a student-centered residential campus that nurtures a fulfilling college experience, and a serving institution strongly identified with the heritage and hopes of its region.” The mission is rooted in South Georgia, a largely rural region that encompasses coastline, wetlands, cities with rich histories, and areas of endemic privation but abundant potential (Source: 2001-02 Undergraduate and Graduate Catalog, pp 8-9).

The School of Accountancy strives to meet the changing educational needs of its students. It proposed its first graduate program, the Master of Accounting (MAcc), in 1995 in response to Georgia’s newly enacted 150-semester hour requirement for sitting for the CPA Examination; the first class of accounting graduate students was admitted in fall1997. Simultaneously, the School developed an accounting concentration for the College’s existing Master of Business Administration (MBA) program. The next major program initiative was the adoption of the School’s Forensic Accounting Program. It includes a minor in Fraud Examination, open to any major, that was launched in fall 2005 and a Concentration in Forensic Accounting, open only to MAcc students which admitted its first cohort in summer 2007. Most recently, the School created an on-line Master of Accounting program [add link] that is separate and distinct from the existing MAcc. The first student cohort will begin on-line classes in Spring 2013. 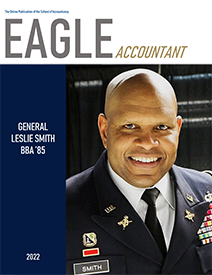 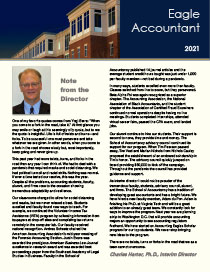 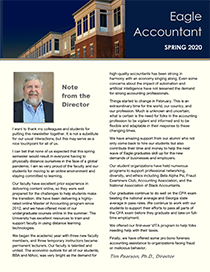