Associate Dean and Professor of Economics 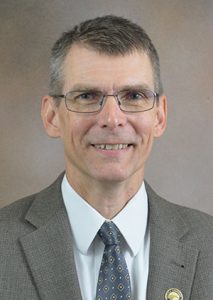 Rand Ressler, Ph.D., is associate dean of the college. He received a Ph.D. in economics from Auburn University in 1993 and, subsequently, began his academic career at the University of Louisiana at Lafayette where he taught for twenty years. He is the recipient of awards in honor of both his academic research and his efforts advising students.

Ressler has (co) authored more than thirty peer-reviewed publications in academic journals such as Economic Inquiry, Southern Economic Journal, The American Journal of Economics and Sociology, Review of Industrial Organization, and Public Choice, among others. His works have been cited dozens of times by other scholars of applied microeconomics and have been referenced in U.S. Senate hearings. He is an enthusiastic instructor who cherishes time in the classroom.