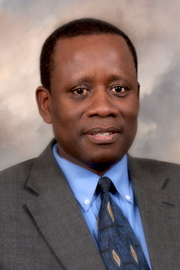 Amponsah has trained and advised business practitioners and economic policymakers from Africa, the former Soviet Union, Central Europe, Latin America, the Caribbean and China. He has also provided testimonies to committees of the U.S. Congress and advised African Governments and the United Nations Economic Commission for Africa on trade policy and market integration issues. Amponsah has received many awards and citations of excellence including the 2005 Outstanding Black Agricultural Economist for research and related areas by the AAEA. In 2009 and 2010, he was invited to join a group of social scientists from around the world working on the first and second “European Report on Development” commissioned by the European Commission.